To Satisfy “The Need for Speed”

The design of the Aero builds on the best features of previous GreenSpeed trikes, including the SLR race trike which has dominated Australian Pedal Prix racing for the last ten years.

The Aero is a road version of the SLR, with more speed features to make it the fastest production trike in the world.

At 20 mph, 80% of an ordinary bike rider’s energy goes into pushing the air aside. This is what makes it so much harder to ride into a headwind, than a tailwind. On the Aero you’ll LOVE headwinds! Because when you turn into a headwind on the Aero, you will leave the competition behind, if you haven’t already. Even the cross member on the Aero is streamlined. This is because a streamlined tube has 1/10th the drag of a round tube! The more the seat is reclined, the smaller your frontal area is to the wind and the faster you go. The seat of the Aero is reclined at a low 20 degrees. Wind tunnel testing shows a large gain in speed when using wheel covers. Most bikes and trikes cannot use front wheel covers due to instability in cross winds. The Aero overcomes this and further reduces drag by using 16” front wheels with a 20” rear wheel. 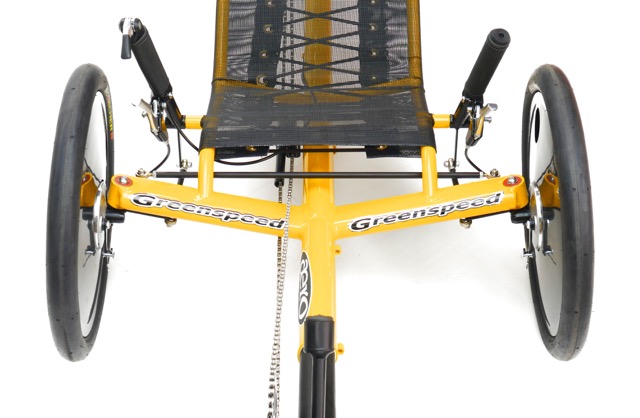 To further reduce air drag, the GreenSpeed Aero uses the joy stick steering that was first used on the SLR. This is linear action steering, allowing the hands and arms to be closer to the body, moving fore and aft, instead of moving sideways, where your arms catch more wind. The cranks are above the seat, so that the feet are within the frontal area for the body, reducing air drag. GreenSpeed’s wind tunnel testing has shown that the exposed calipers on disk brakes produce more drag than drum brakes, where the drum is contained within the wheel. So the Aero uses special 90 mm drum brakes which have been reduced in overall width to fit within the wheel’s slim wheel covers. Finally, there is a Finer Recliner headrest available (shown on the black Aero here) with a single support strut, in line with the neck, instead of the two struts on previous headrests. 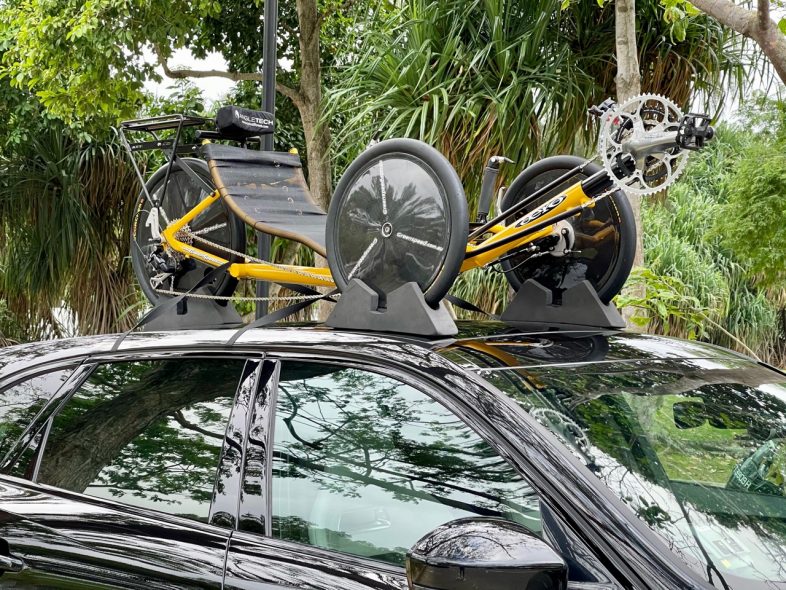 While weight has less of an effect on performance than aerodynamics, every aspect of the Aero has been examined for weight reduction. This starts with the frame. The frame of the GreenSpeed Aero is non-folding, plus the seat frame is an integral part of the main frame so the weight of hinges and other joints and fasteners are eliminated. Plus the frames are mutually re-enforcing, and thus the whole structure can be lighter and more aerodynamic. 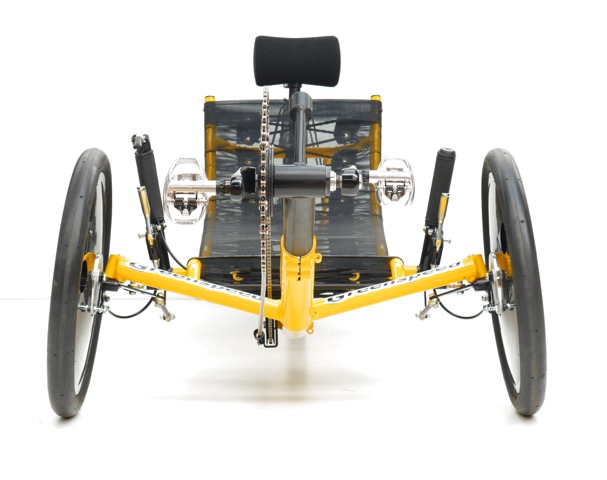 There is a myth in the cycling world that the larger the wheel, the easier it will roll. This is a carryover from the horse and carriage days, when the larger wheels would sink less into soft ground and a larger steel tired cartwheel would roll easier over a certain size stone. This changed forever with the advent of sealed roads and the pneumatic tire.

There is also a myth that thinner tires roll faster. In laboratory testing at GreenSpeed, on many different types and sizes of tires, it was discovered that not only did smaller diameter tires roll easier that large ones of the same construction and pressure, but wider tires rolled easier than narrow ones. Plus certain types of tire construction rolled easier than others. This lead to the design and manufacture of the GreenSpeed Scorcher tires, which have been the number one choice of the top Australian racing teams for the last 10 years. 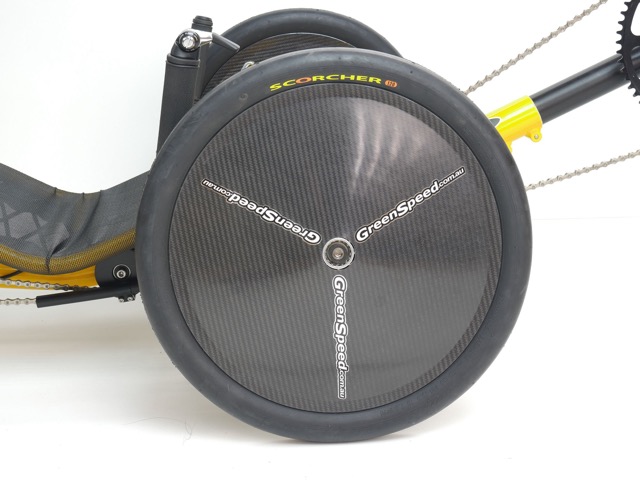 For the Aero we have taken another look at the design of the Scorchers and managed to further improve the rolling resistance by an extra 15%! When you stop pedaling the Aero and coast, you will be surprised at how easily it rolls.

On a Penny Farthing bicycle, the larger the front driving wheel, the faster it went. This was because there was no gearing and it was direct drive. The ground covered with each wheel revolution was dependent on the size of the wheel, which was dependent on the length of the rider’s legs. Then the Safety came along with the smaller wheels and gearing, so everything changed. However the myth that larger wheels are faster persists to this day. 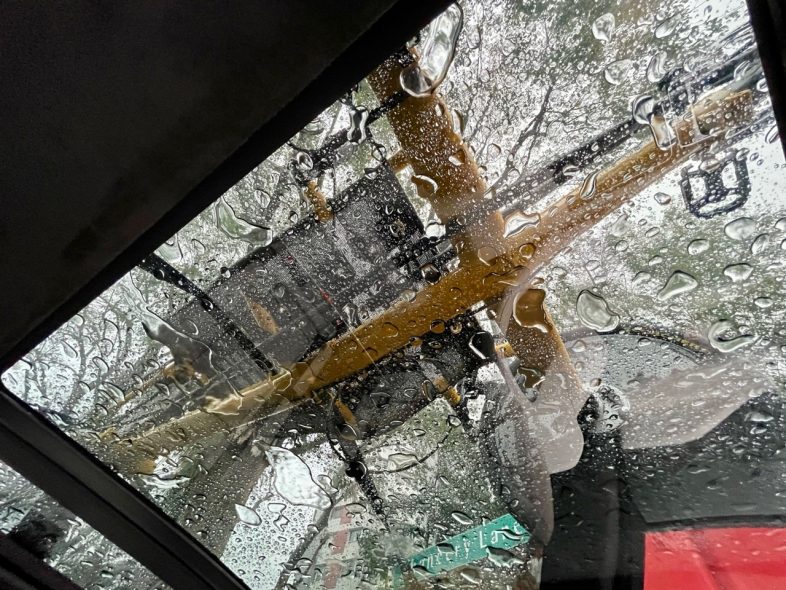 Since the Aero is built for speed, with no compromises, it is intended for use on paved roads or good, hard packed trails. Wheel covers are standard. Accessories include neckrest, easy to see mirror, rear fender and luggage rack. Riders who have previously ridden only recumbent bikes, due to their superior speed, but wished for a more stable machine that they could relax on over long distances, without losing speed, may find their dreams come true with the Aero. 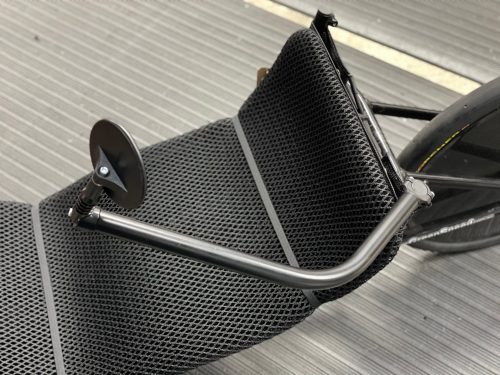 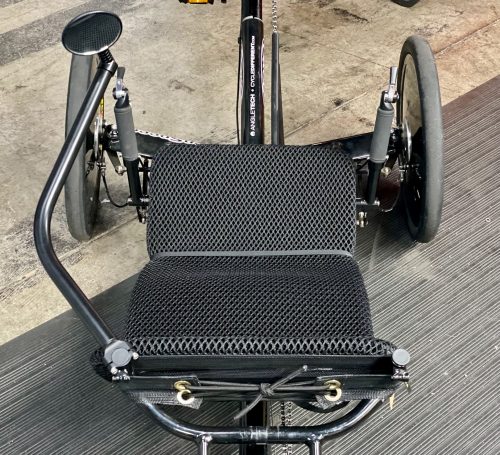