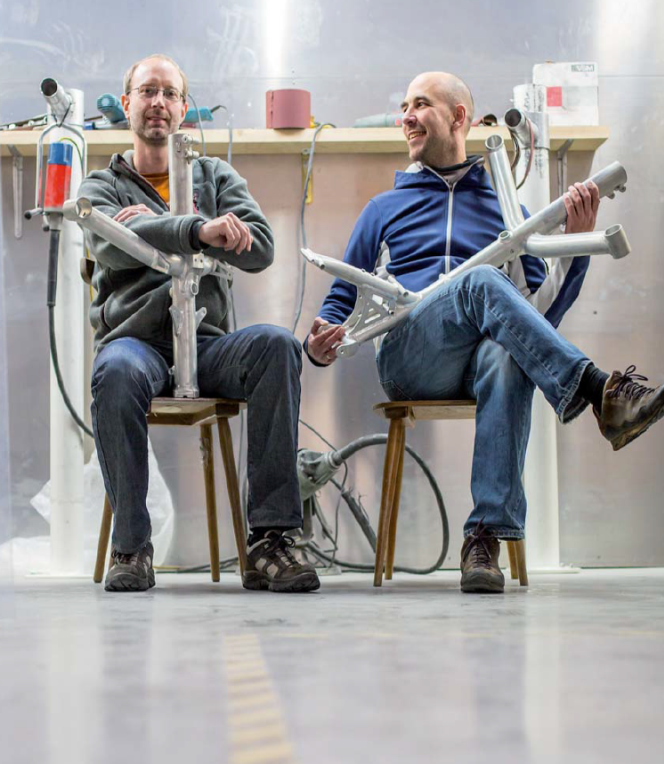 Their shared passion for innovative bike technology brought founders of HP VELOTECHNIK, Paul Hollants and Daniel Pulvermuller, together early on. Already as students they became the winner of a national engineering competition with their fully suspended tricycle velomobile, which was the cornerstone for an impressive development from a garage lab to one of the most advanced bike and trike manufacturers in Germany. While still studying industrial engineering and mechanical engineering at the Technical University of Darmstadt, Hollants and Pulvermuller started their own business in 1993.

The company name HP VELOTECHNIK is composed of the surnames of the founders and also alludes to the English name of the still exotic vehicles of that time: Human Powered Vehicles.